Second-hand makeup: there really is a huge market for it. I regularly sell second-hand make-up online when I’ve decluttered my make-up collection once again. But: I make sure I can always prove where I bought the makeup and I always disinfect all the makeup. The last few months I noticed a lot of fraud with makeup that is sold second-hand on Alibaba, Craigslist, Ebay,…

Suddenly there are sellers that sell a lot of Charlotte Tilbury, Chanel, YSL, Saint Laurent, Dior, Hourglass, Anastasia Beverly Hills, Jeffree Star,… make-up. Do you see an account like that? Well, be warned!

The photos can be very deceptive, I’ve already noticed. For example, on Vinted you’re not actually allowed to sell used make-up, so everyone posts photos of closed packaging and you have to send them a message for the real photos.

That’s difficult, because you never know what you’ll really receive. Well, for the clothes, bags etc,… that’s actually true too. Anyone can still post a picture of when you had the item new, the final condition you never know. 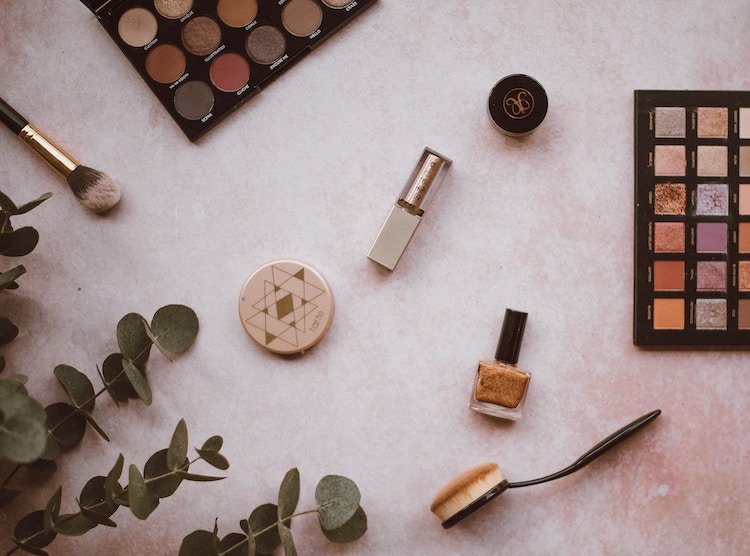 On Netflix I recently watched a documentary about (look for ‘Broken’) fake make-up. Almost always made in China in terrible conditions, not to mention all the bacteria in that makeup.

But apparently, people are so eager to buy makeup from certain brands (or: it has to look like they have the money to buy it) that they don’t even think about it.

Is it too good to be true?

Do you see a make-up item for sale and is it too good to be true? Then it often is. I’ve also sold some Z-palettes with Make-up Geek eye shadows for a tiny price, the colors I didn’t like very much. Or the MAC make-up that I didn’t use anymore, but I could always show that I just bought that make-up myself at trusted webshops or shops.

And that’s a very important one: always ask for proof of purchase when you buy second-hand makeup. Do you ask for extra photos? Have the seller add a note with the date! Does the seller suddenly become rude or rude? Then you know enough.

How do you spot fake make-up brands?

All major and popular brands (even indie brands such as Colour Pop, Nabla,…) are faked. The make-up is produced for literally a few pennies and is then happily resold for huge profit margins. Those profit margins are so big that there is a big criminal industry behind them.

It is difficult to spot fake make-up brands because they are so well counterfeited. Now, the quality of the products is anything but the same, the packaging looks quite like the original.

Sometimes,you’ll hear that people think they just bought a bad batch, but often it turns out to be fake makeup.

Have you seen Shane Dawson’s documentary on his collaboration with Jeffree Star makeup? Well, then you know there are billions and billions in makeup.

Makeup brands know how to influence buyers and use influencers to put their makeup in the spotlight. Now they don’t have to buy advertisements in magazines or in a newspaper or on TV, they can approach the influencers directly and sell through social media.

Why is fake makeup so bad? Urine, feces, carcinogens… it’s all in the fake makeup. All make-up and care products are extensively tested in the EU and it is being examined whether the brand can be sold in the EU states at all.

In the USA, not so much. And if people buy fake make-up on Aliexpress or Alibaba and sell it through Ebay or Amazon or dropshipping, there is 0 testing or control.

Why am I writing this? I sell make-up that I don’t use anymore, don’t I?

I’ve been selling make-up myself for years that I don’t use anymore or that not suited my colors.

But, I do find it interesting to check out my favorite makeup brands at Vinted every now and then.

I searched on ‘Charlotte Tilbury’ and came across some very iffy ads. Selling a lot of expensive makeup, that’s totally a warning sign. No matter what excuse the seller comes up with… whether they were able to buy a big batch (brands like this don’t do that at all) or got a lot of presents (really, half a shop?),… it doesn’t make sense. I immediately report these type of accounts and I would certainly advise you to do the same when you see such advertisements.

Why is fake or counterfeit makeup bad?

Not only does fake makeup hurt the rights of the makeup brands, often smaller indie brands, but it’s just bad for your health. Much of that make-up is made in China, where hygiene is not closely monitored. This was also shown in the documentary: tests are done on confiscated make-up and they find carcinogenic substances in the make-up, traces of urine, and feces, … chemicals are used that are banned (in the EU), ….

Have you ever (accidentally) bought fake make-up from certain brands that you really wanted? There are some brands where it is more and more common to find fakes, such as Chanel, Jeffree Star, Hourglass, Dior, Guerlain, Kylie Jenner, Colourpop, … actually all brands that are hip and would make money.

Is there a run on certain make-up products and do they suddenly appear en masse on Ebay, Vinted, Craigslist, Depop and other second-hand sites? Then be on extra alert: either the sellers try to sell makeup with a large margin, or they put fake makeup on the website, which you still pay a lot of money for.